I’ve been always bugged to get a Bluetooth headphone or earphone (also called earbuds), and I did some years ago, only to find myself not using it because it wasn’t comfortable, the battery last for like less than three hours, and it always fell off when I am running.

It wasn’t until just recently that I decided I should give Bluetooth earbuds another chance, but this time around, with the Xiaomi Bluetooth Sports Music Sports Earbuds Mini Version.

This version is said to be lighter, more compact and better than it’s predecessor, the Xiaomi Waterproof Sports Earbuds which is currently sold cheaper at RM93 (US23).

The first and most important thing when choosing earbuds is comfort, and thankfully, the Xiaomi Sports Music Earbuds Mini Version (MV) was comfortable to wear, despite needing a slight figuring out when you first use it.

The curved ear hanger is soft and oil resistant, and it feels great once it’s fitted in the ear. I think you’d likely forget it was even there when you’ve used it – I did!

The earbuds also fixed an issue I always had with traditional Bluetooth earbuds that usually came with lower bass output hence making the sound produced rather low in quality.

This wasn’t the case with the Xiaomi Sports Music Earbuds Mini Version (MV) because the bass was ‘just right’, and in fact pretty much equal to what you would expect from a traditional wired earbud.

Talking about sound, the insulation provided by the earbuds was close to perfect, and I think one of the best that I’ve tried to date. Tried it when running, walking and even grass cutting, and the interference from the outside world was minimal.

Another, and should I say key reason, the Xiaomi Sports Music Earbuds MV is great is because of its centralized located on-cord controller.

While most wireless earbuds put their control on either one of their earpiece, Xiaomi opted to put theirs at the end of the cords which join both earbuds, adding a clip to allow it to hold on to your shirt. The older Xiaomi earbud version I quoted above also placed the on-cord controller on one side, so this is a definite innovation.

I thought this was genius because it evens out the weight of the earbuds and does not strain any one of the earbuds particularly when doing physical activities.  This is unlike most earbuds which put their controls on one side of the cord hence making it slightly heavier especially when running or jogging.  The 14.5g weight of the earbuds also makes it forgettable once you put it on.

Like most sports earbuds, the Xiaomi Sports Music Earbuds MV is IPX4 splash proof and sweat resistant, but don’t try soaking it in water as IPX4 doesn’t cover that sort of water resistance.

Last but not least, I really love the fact that I can leave my phone (which is connected to my earbuds) like over 10m away, and still get clear music! In fact, I calculated a rough 15-20m distance before the sound starts breaking out. Now, that’s how wireless earbuds should be!

I would say the Xiaomi Sports Music Earbuds MV is flawless, but then, that wouldn’t be true.

Two problems come with these earbuds, with the first problem being the lack of a USB C port for charging.  This means, you are can only charge the earbuds with a micro USB port, and that would take two hours for a complete charge.

Another thing I didn’t like about the Xiaomi Sports Music Earbuds MV would be the battery life. At 5 hours tops, I would prefer for a longer length of ‘up-time’ although it must be noted that 5 hours is pretty decent for a wireless Bluetooth headphone these days.

Overall, I am clearly impressed with the Xiaomi Sports Music Earbuds MV, and I wouldn’t mind recommending it to anyone who ask.

Sweetening the deal was six different sizes of earbud tips, a micro USB cable, a Chinese manual which I didn’t read, and a nice oval shaped waterproof case.

The package aside, the earbuds have the right size, the right sound, and the price is also right for it to be considered for your next earbud purchase.

Needless to say, if I had to buy a wireless earbuds which won’t burn my pocket, this would be it.

The earbuds aren’t available officially in Malaysia, but you can get them from GearBest at US27.99 (MYR112) with free shipping.   That’s actually way cheaper than some wired earbuds available in the market!

That’s not all, because I sayang you all, you can get these amazing earbuds, also at GearBest, at ONLY US25.99 if you use the coupon code “CYRILMini“, but this offer is only valid til 1st March 2018.

If you read this after that date, then it’s back to the US27.99, which is still cheap lah…

You can also get the a variety earbuds from Lazada Malaysia at prices starting at RM85 with free shipping.

>> BUY THE XIAOMI EARBUDS AT LAZADA 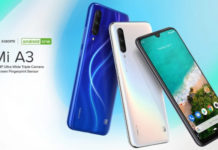 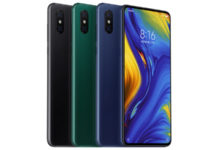 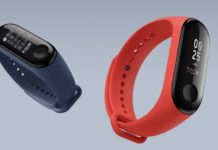 TP-Links Neffos P1 has a built in HD projector