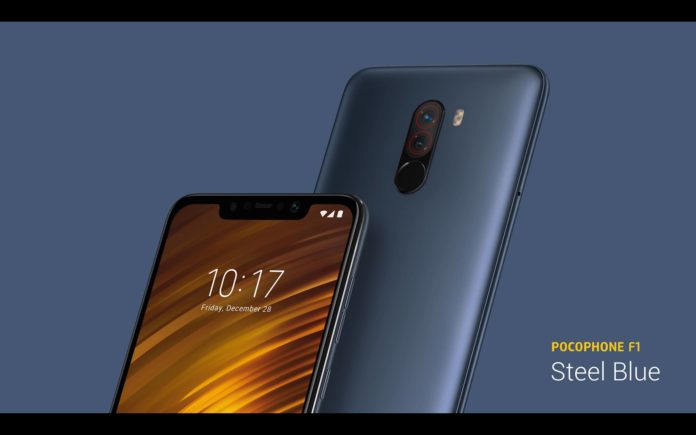 The Xiaomi Pocophone F1 is a beast at just RM1,238. Read on to know where you can buy it at that price.

Just when I thought high end smartphone prices couldn’t get any cheaper, Xiaomi introduced the Xiaomi Pocophone F1 that comes with high-end specs, and just RM1,238.

The phone rides on emerging smartphone markets, with a lot of emphasis given to Europe and South East Asia. 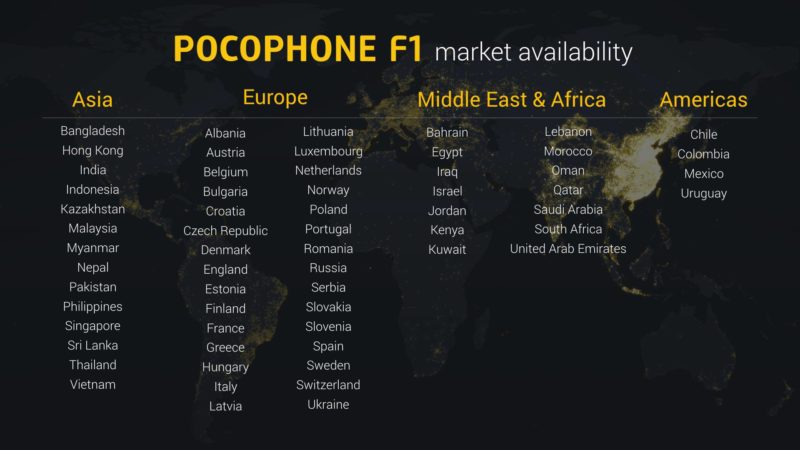 SPECIFICATIONS OF THE POCOPHONE F1

Looking at the specs below, it isn’t hard to acknowledge that the Pocophone F1 compacts top specs and could be compared with flagship smartphones out there. 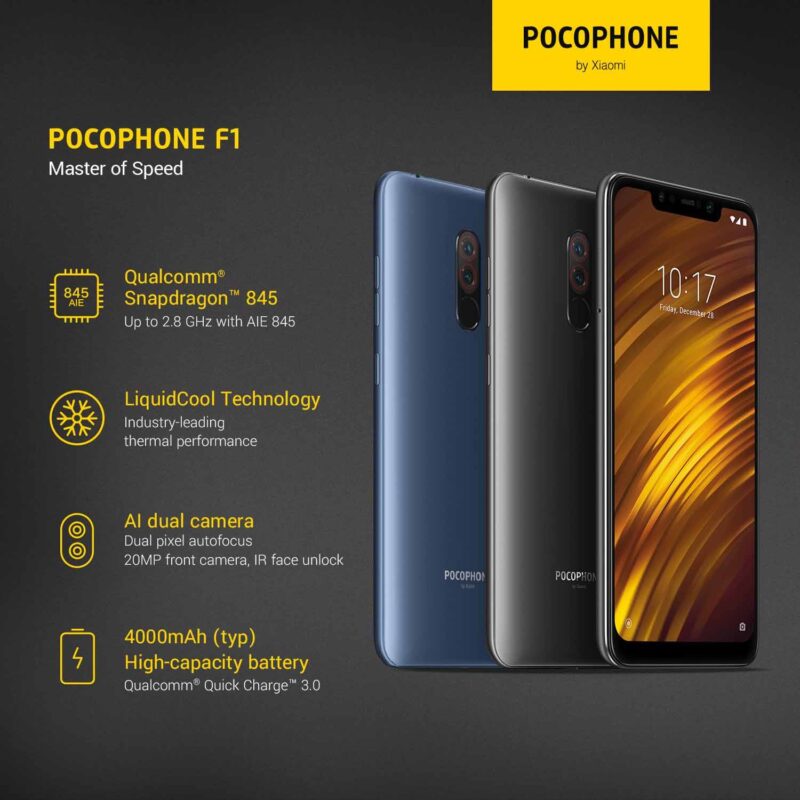 However, a closer look at the details would see that the Xiaomi Pocophone F1 does cut corners where it can to reduce it’s price.

PROBLEMS WITH THE XIAOMI POCOPHONE F1

According to The Verge, certain specs of the new smartphone are less than ideal despite its premium specifications.

The site says “Its display has got decent color contrast, and its max brightness setting is bright enough. Yet it uses Gorilla Glass 3, which is a part Xiaomi had handy in its supply chain. The outdated nature of the glass (we’re on Gorilla Glass 6 already) demonstrates Xiaomi’s cost-cutting methods — it used older materials to cut costs so it could spend more on other components.”

The site further notes that the construction of the phone’s body has this ‘toy-like quality’ despite its special “Armored” edition with a rubbery Kevlar backing.

It also noted that the Xiaomi Pocophone F1 the oleophobic coating used for the screen doesn’t do a great job at repelling fingerprints and smudges.

Also mentioned was the lack of quality in the speakers, and the face recognition security feature which was less than ideal. 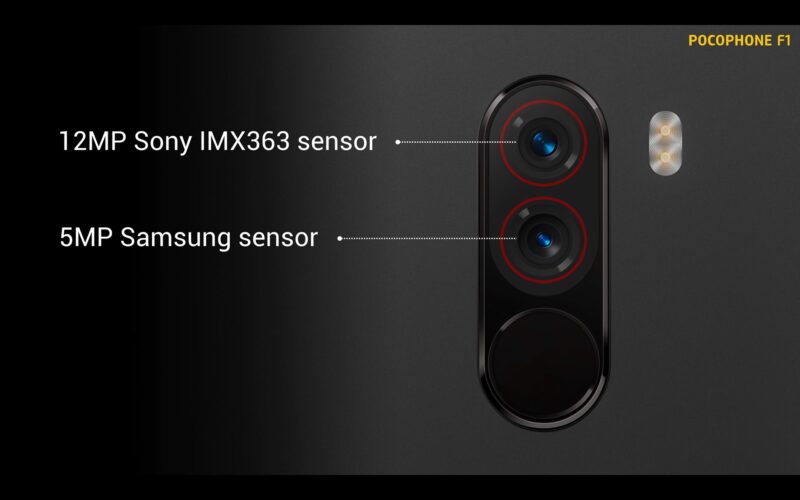 Last but not least, The Verge also stated that the camera isn’t a strong component of the Xiaomi Pocophone F1 despite its AI abilities.

OPINION: WHY BUY THE POCO F1?

The Verge opinions aside, I do think this is a phone has its perks. In fact, some of the disadvantages of the phone are actually a plus point.

Not only is the phone priced cheaply, the disadvantages of the Xiaomi Pocophone F1 meant that it is not a ‘restrictive phone’.  This means, you buy the phone to use, and not to get overly obsessed over its care. I usually hate using a case.

The kevlar backing means the phone is durable and light. It also means I don’t have to worry about broken glass or when dropping the phone, although the screen might cave if the drop is too significant. 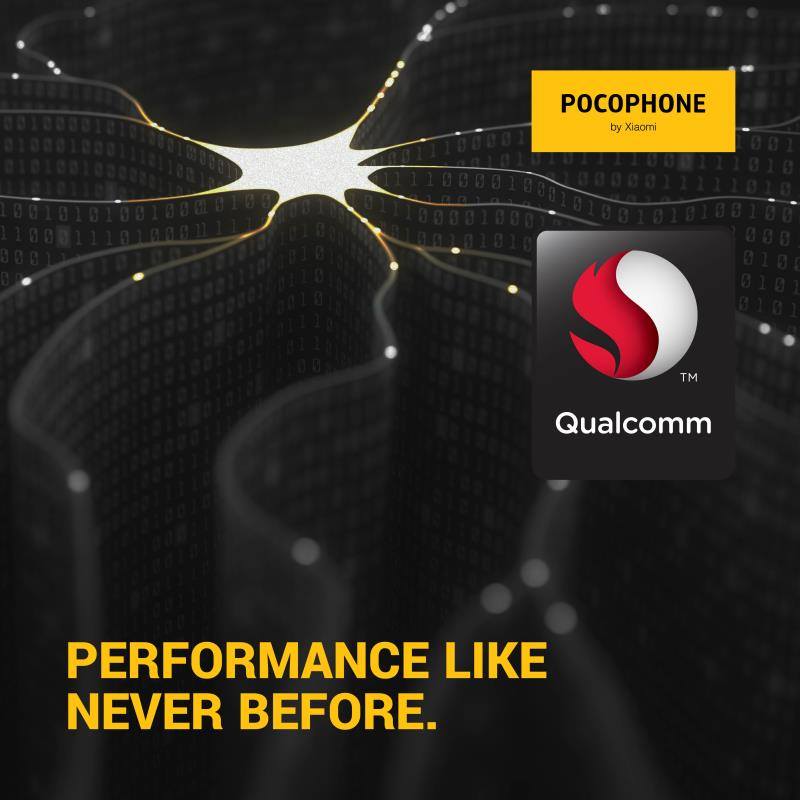 In terms of speed, the Xiaomi Pocophone F1 is fast thanks to its Snapdragon 845 processor and 6GB of RAM, and there’s plenty of storage space with its 64GB ready space, and a 512GB supporting micro SD slot. 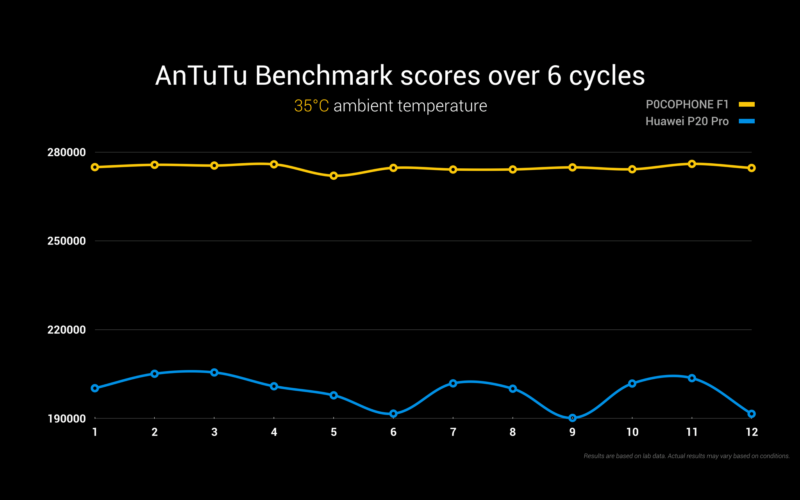 The phone also has a higher benchmark score if compared to the premium Huawei P20 Pro. This means it’s perfect for games.

To say the least, the Xiaomi Pocophone F1 is premium in terms of hardward, but not on looks.

HOW MUCH AND WHERE TO BUY THE POCO F1

Mi Malaysia has announced that the Xiaomi Pocophone F1 would be available on their online store on 30th August. >> Go to Xiaomi Official Lazada Store.

The details and pricing of the Poco F1 can be seen below. 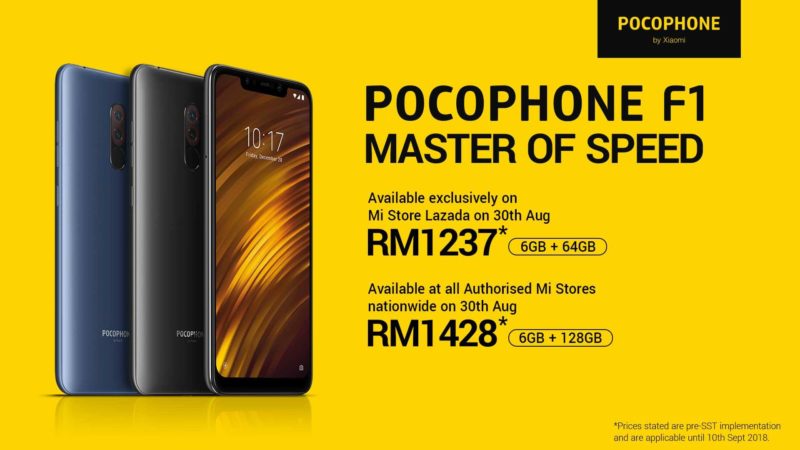 If you are looking for cheaper prices, I found that the Poco F1 is cheaper at 11Street.