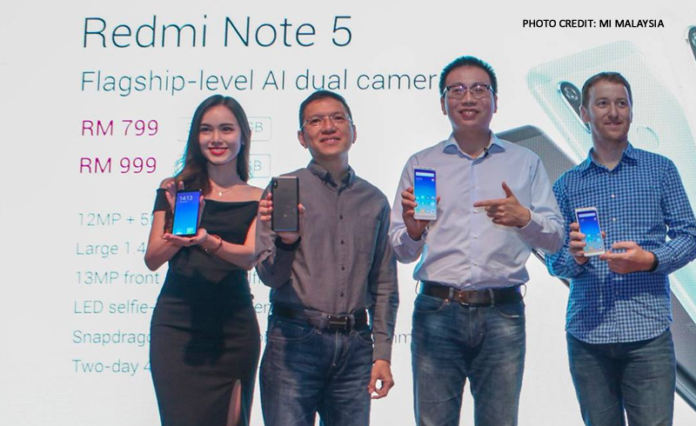 As you may have known, Xiaomi announced the entry of the Redmi Nite 5 a couple of days ago, and the announcement came with the Redmi Note 5 promotions specially for Malaysia.

The launch of the phone was done in West Malaysia, with both phones available officially in Malaysia beginning 5th May.

SPECIFICATIONS OF THE REDMI NOTE 5

According to the released specifications, the mid range smartphone comes with a 5.99″ FHD+ screen which is optimized to support the 18:9 aspect ratio with 2160 x 1080 resolution.

The Redmi Note 5 is powered by an octa-core Snapdragon 636 Adreno 509 Processor, with a 4,000mAh battery keeping the phone on for a good whole day.

At the back, a 13MP+5MP dual shooter gives a lot of joy for those loving photography, with security is provided by the rear fingerprint sensor.

Other worthy specs include it’s dual SIM hybrid tray which means the Redmi Note 5 can support two SIM cards, or one SIM with a microSD memory card of up to 128GB.

To be completely honest, the unveiling of the Redmi Note 5 isn’t exactly new for many smartphone enthusiast. This is because the phone has already been leaked and been released in certain markets in February 2018.

However, Mi Malaysia is offering special Redmi Note 5 promotions for those interested to buy the phone via pre-orders now available on Lazada from RM799 with some freebies included.  Unfortunately, when this post is written, the phones are sold out in all colour options.

The good news however us that third party dealers are also doing Redmi Note 5 promotions for Malaysia.  I found out that the lowest price available at the time of writing being RM788, RM11 cheaper than the suggested retail price. 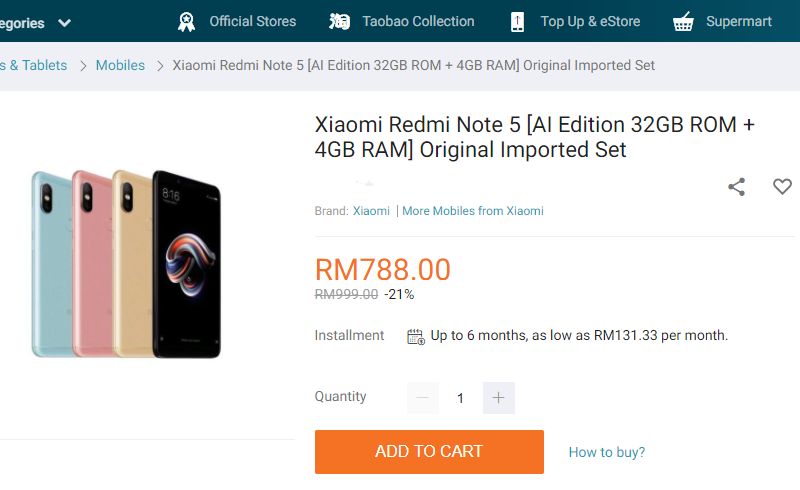 That said, if you want to be among the first to own a Redmi Note 5, you might want to buy the phone now during these on-going promotions.

Else, you would have to wait for it.