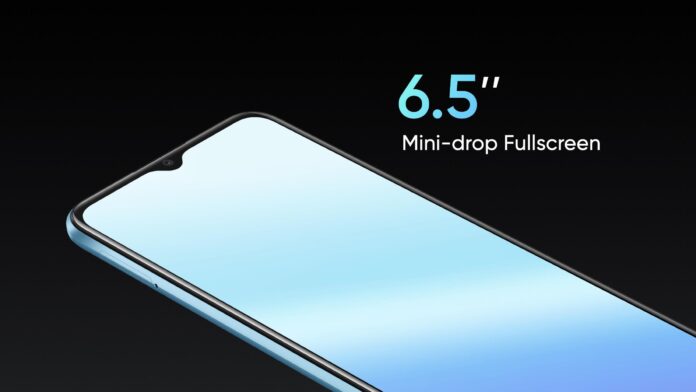 The company says the smartphone is the first realme smartphone to be equipped with Unisoc T610 Octa-core 12nm processor.

Highlights of the realme C21Y

The new smartphone comes with a 6.5-inch large fullscreen, with the screen to body ratio as high as 88.7%.

As mentioned above, the budget friendly smartphone will use the UNISOC T610 chipset. This chipset is an Octa-core 12nm processor that clocks up to 1.8GHz.

The T610 is made by UNISOC, and it fully masters 2G/3G/4G/5G, Wi-Fi, Bluetooth, TV FM, satellite communications and other full-scene communication technology. 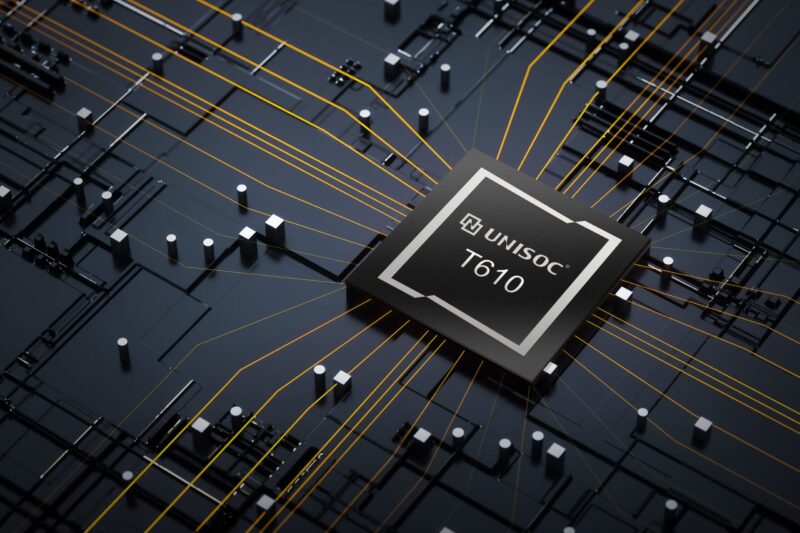 Aside from that, the smartphone also comes approved with the TÜV Rheinland Smartphone High Reliability Certification which means the smartphone has gone through rigorous quality tests to have the best experience.

At the rear of the smartphone is a 13 MP Super clear primary camera, which can zoom up to 4X and supports PDAF autofocus. This camera is part of a triple-camera set-up the smartphone boast of.

It also has a Chroma Boost feature, through the pixel-level mapping algorithm, the brightness and color are restored, providing a better dynamic range, screen contrast and vivid colors.

In terms of biometrics, the smartphone comes with a convenient ultra-fast fingerprint scanner and facial recognition.

It also has three card slots, a dual SIM slot and a dedicated SD card slot expandable up to 256GB.

It is powered by a 5,000mAh battery which also support reverse charging and super power saving mode. 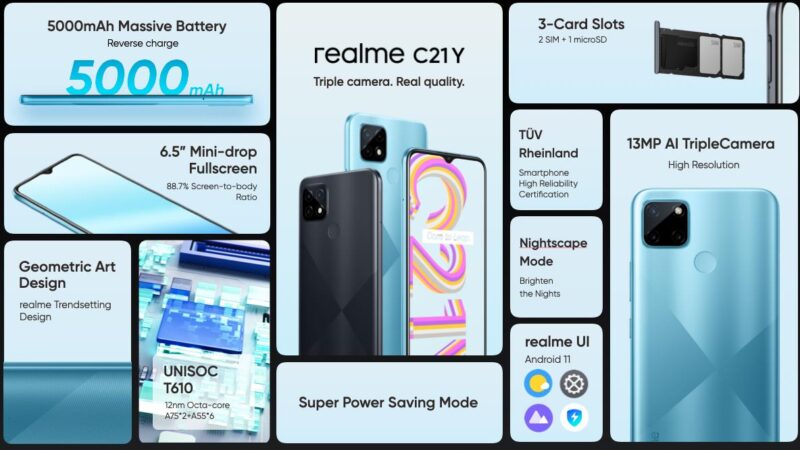 The realme C21Y is available in Cross Blue and Cross Black.

There’s only one variant available in Malaysia, which is the 4GB RAM + 64GB ROM variant which retails at RM549. 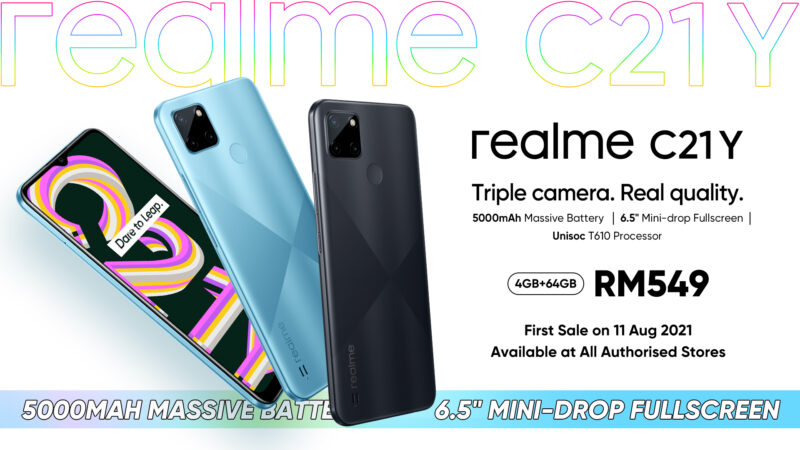 Those interested can get the smartphone from all realme Malaysia official stores as well as authorized dealers from today, 11 August 2021.