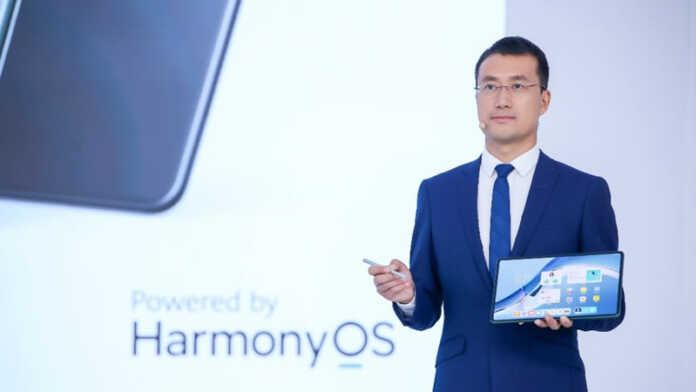 The new tablet desktop is said to be more organized as it now features the new Bottom Dock and Service Widgets which will provide new ways for users to view important information more efficiently.

Highlights of the Huawei MatePad Pro

The new Huawei tablet powered will be powered using the Huawei’s very own Kirin 9000E processor.

It features a 12.6-inch OLED FullView display, which comes with a 90 percent screen-to-body ratio, a million-to-one contrast ratio, support for the DCI-P3 wide colour gamut and colour accuracy rivalling that of some professional monitors.

Also included is eight-speaker sound system, which consists of large-amplitude tweeters and woofers.

Huawei will use its new HarmonyOS 2 in the MatePad Pro and this allows it to come with new and improved App Multiplier and Multi-Window features which Huawei claims will make multi-tasking more seamless than ever.

Aside from that, the MatePad Pro 12.6-inch is the world’s first tablet to pass the range of rigorous tests and receive TÜV Rheinland Full Care Display 2.0 certification, but I don’t think you can just purposely drop it to prove its durability.

Briefly, the specifications of the MediaPad Pro 12.6-inch are as follows:

Aside from the size, it has a different processor, using the Snapdragon 870, and uses an IPS LCD screen that refreshes at 120Hz for its display.

To get the full use from the tabet, Huawei highly recommends that you add in the Huawei M-Pencil (2nd generation) alongside the HUAWEI Smart Magnetic Keyboard.

The second generation M-Pencil is said to offer smarter and more natural interactive experiences when used with the MediaPad Pro while the keyboard is a full-sized Bluetooth keyboard that features a key travel of 1.3mm.

This is said to deliver satisfying typing experiences.

Huawei Malaysia announced that the flagship tablet 12.6-inch MediaPad Pro will be announced in Malaysia from 10 June 2021.

This means that the tablet will likely see itself either being sold from that date in either Matte Grey and Olive Green. 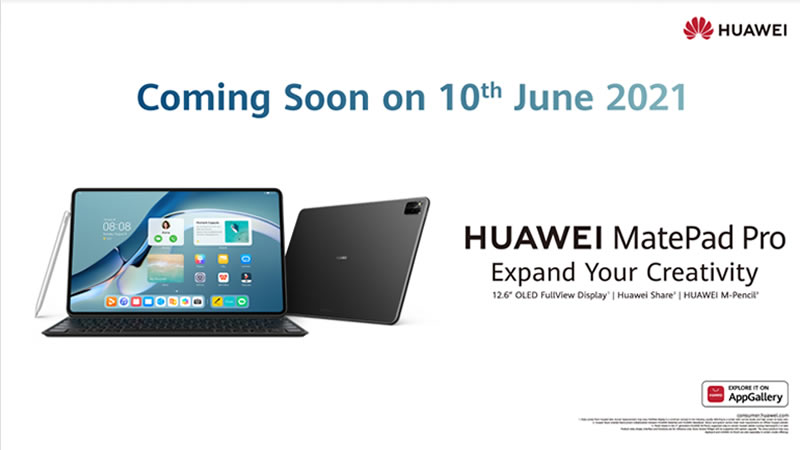 In the Europe, the MatePad Pro 12.6-inch will retail at €799 (RM4,099), hence giving an indication of how much you need to save up if you intend to buy the new tablet from Huawei.

If you are excited to seek the MatePad Pro in Malaysia ahead of the launch date then there’s no harm checking online stores for any Huawei MatePad Pro deals.