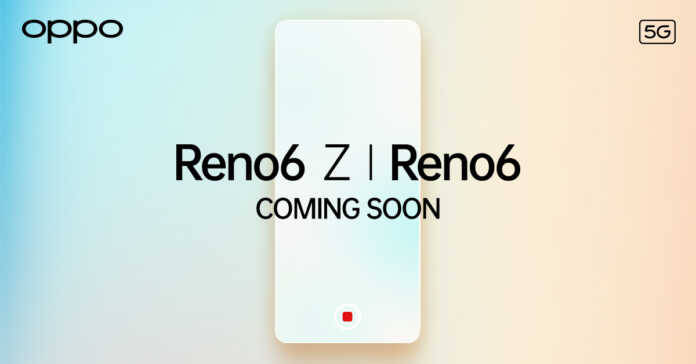 OPPO Malaysia today teased the arrival of the OPPO Reno6 series for the Malaysian market.

While OPPO Malaysia didn’t say much in their press release about the smartphone details, the smartphone itself has already been announced in in China in May, with India getting its own launch this month.

There’s two main variants under the series in China, with China having both the Oppo Reno6 5G and Reno6 Pro 5G.

However, Oppo Malaysia teased that the ones coming will be named the Oppo Reno6 and Oppo Reno6 Z hence making me believe that the later might be the Pro version.

If the China variants of the Reno6 smartphone are to be a reference, the Reno6 will likely come with a MediaTek MT6893 Dimensity 1200 5G, with a 64MP wide camera leading it’s main triple rear camera set-up.

The smartphone features a 6.55″ FullHD+ 90Hz curved AMOLED screen with a under screen fingerprint scanner.

Other custom details for the Malaysian variant remain unknown so far, but if retail prices in China were to be followed, expect the smartphone to cost around RM3,000 – RM4,000.

More deals during this OPPO A95 first Malaysia sale and roadshow

OPPO A95 open for pre-orders and here’s the highlights

Digi switching off 3G connectivity in Sarawak on 30 December 2021