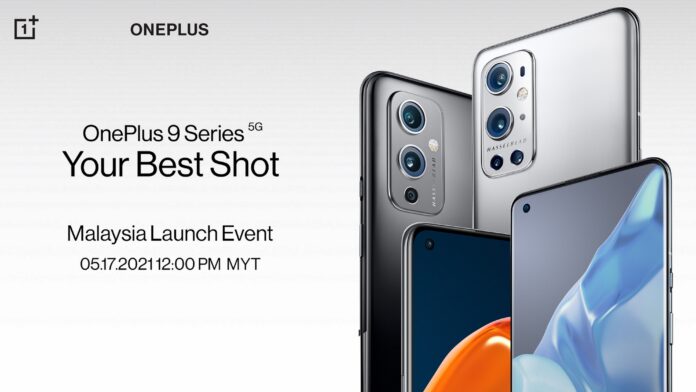 OnePlus Malaysia will be announcing their latest flagship devices, the OnePlus 9 series, this coming 17 May 2021 at 12PM.

The virtual launch will be done at it’s official OnePlus Malaysia’s Facebook page at 12PM.

The series features the latest Snapdragon 888 5G processor, and it comes with a camera system which is developed with Hasselblad.

This makes the series one of the most anticipated series from the smartphone brand just yet. Launched globally on March 24th, the OnePlus 9 series smartphones come in four different variants, but I can’t be sure which variant will make it to Malaysia.

Smartphone companies tend to pick and choose which variant will land officially in our market, so out of the four, don’t be surprised only one or two makes the cut.

Regardless, if you plan to get the new OnePlus 9 or OnePlus 9 Pro, the retail prices start somewhere from RM3,412 and is expected to hit as high as RM4,878.  This price is an estimate after conversion from Euros.

There’s no mention when the smartphones would be sold in Malaysia, but usually the launch of a new phone would mean the opening of pre-orders and heavy freebies to go with it, and so I do expect this to be the case come 17th May later.

That said, if you are keen to be the first to own the phone in Malaysia, mark your calendars.

But as usual, if you can’t wait to own one before the official launch, take a peek at popular online stores to see if some units have already landed on our shore ‘unofficially’.