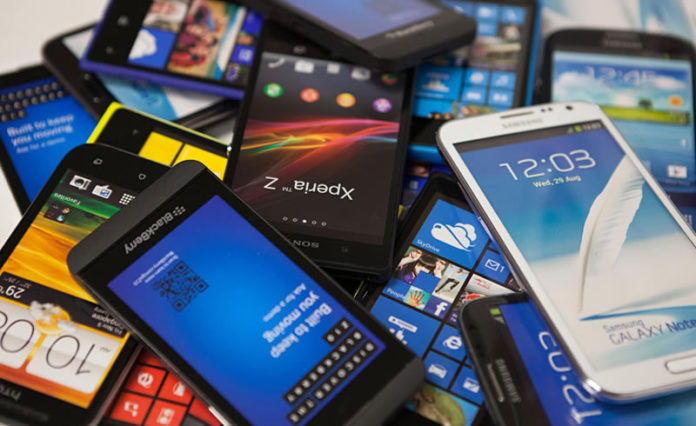 I’ve been asked this question way too often in 2018, so I figure, I better just write up a post the best smartphones of 2017.

I may not necessarily have tested the phone, but if you were to ask me, this would be my choice for a phone, based on your budget range.

Prices quoted here are not the official prices (unless stated), and are based on the best offers I could find at the time of writing.

If there is such of choice, this particular category is reserved for Apple, which sells their smartphones exclusively.

That said, if you are thinking of something overpriced, the Apple iPhone X gets the title.  It looks great, is according to the current trend, and can be bought with ‘some discounts’ over at Lazada Malaysia.  Retail price is of course RM4,749 if you buy it at Lazada Malaysia, the iPhone X is massively different from any of its predecessors both in terms of looks and also hardward as it comes with a massive 5.8-inch Super Retina HD display with HDR and True Tone, 3GB of RAM paired with 64GB of ROM, and all-glass and stainless steel design which is not only water resistant, but also dust resistant, and a powerful 12MP dual cameras that can record 4K video up to 60 fps.

Usually, phone above RM2K are flagship phones, so there’s plenty to choose from here.   If the Google Pixel 2 is available officially in Malaysia, it would be my top choice, but unfortunately, even those sold on Lazada Malaysia at RM2,879 are brought in unofficially.

That said, if you have cash to spare, and you can buy a phone above RM2K, I would go for the Samsung Galaxy S8.  Priced at RM2,999 on Lazada Malaysia, the Galaxy S8 comes with a 5.8″ Quad HD+ Super AMOLED screen with an Octa-Core processor, 4GB of RM that’s paired with 64GB of ROM, a fantastic 12MP rear-facing camera, and an IP68 rating which means its not only dust proof, but also splash proof. More appealing is the inclusion of earphones which are tuned by AKG in the package.

Anyway, while the phone does have massive bezels, its 5.7-inch dual edge Super AMOLED Display is relly impressive, and the 2.3GHz, 1.6GHz Octa-core Processor ensure smooth use of the Note FE.  The pairing of 4GB of RAM and 64GB of ROM is also good enough for me, and the 12MP shooter personally impresses me.  Other specifications worth noting is its IP68 water and dust resistant capabilities.

The Xiaomi MiA1 which I reviewed, is by far the best Android based smartphone under RM1,000 as it sells at just RM999 on the Official Xiaomi Lazada Malaysia store.  The first AndroidOne smartphone is not only powerful enough to support most popular games due to its Octa-Core Snapdragon 625 processor, but there’s also unlimited high resolution photo cloud storage provided by Google, on top of the 64GB it comes with.  A 4GB RAM enables the phone does multi-tasking perfectly, and the phone comes with an awesome dual-camera shooter with impressive portrait mode.

If you think RM999 is still too hefty for your budget, there’s also other stores on Lazada Malaysia selling the MiA1 phone way below RM900 price range.  Unfortunately however, the Xiaomi MiA1 is not waterproof, and can’t be saved if you accidentally dip it in water.

Honestly, I don’t check out many smartphones below RM500 because they usually lack either RAM or ROM, which are two very important things in a smartphone these days.  However, if I had to choose a smartphone below RM500, the Redmi Note 5A would be the choice.

Powered by the Snapdragon 425 processor, the 5” HD 1280×720 resolution screen phone comes packed with 2GB RAM and 16GB ROM for use, which to me is barely adequate.  However, if the budget is lower than RM500, this is the best smartphone I would recommend due to it’s cheap RM399 price tag on the Official Xiaomi Lazada Store, with some shops offering it even at only RM339.  The camera of the phone is okay, but don’t expect top class images from the single shooter while the phone is expected to last for hours due to its bigger battery offerings.