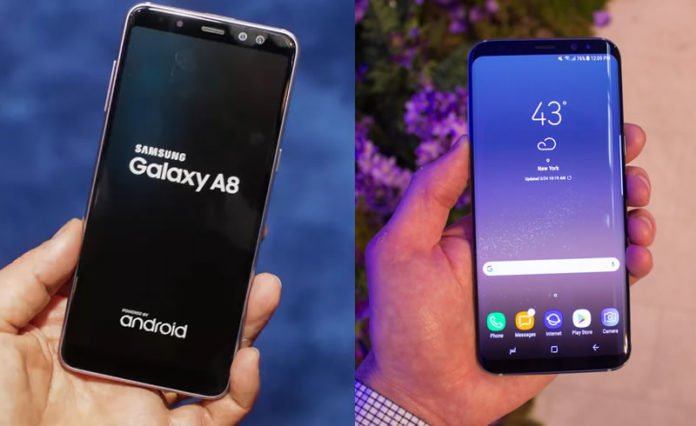 Samsung’s naming scheme has always been confusing to me. Sometimes, I feel that they are trying to have all the alphabets added as their smartphone series, with now one could find the A-series, the J-series, the S-series and so on.

Recently, Samsung brought in the Samsung Galaxy A8 into Malaysia, and I can’t help wonder how is it different from the Galaxy S8 which is not only more pricey, but also the premium of the two.

The reason I’m wondering about the Samsung Galaxy A8 is due to its lovely built, which puts it right up there with premium or flagship smartphones.

Anyway, looking closer, I then realized the difference between the Galaxy Galaxy A8 and Samsung Galaxy S8, and here’s me, sharing it with you. Before your read, since I don’t have both devices with me, and I am shy to take photos at the nearby Samsung store, this post is without photos.

Both share the same material and glass build, and offers 18.5:9 inch screen design, which is according to current trends, although the Galaxy A8 has lower pixel density and colour depth. Personally, I do not see much difference with colour and performances of both phones.

This means if both phones are compared, you can expect better performances from the Galaxy S8, which rightfully, is the flagship smartphone from Samsung.  Both phones gets the quick charge supporting 3,000mAh battery which can be charged using a Type-C USB cable.

Probably one of the most important components in a phone these days would be the camera.  The Galaxy S8 again has a better camera despite the lower pixel count it offers, which is 12MP. The Galaxy A8 may offer 16MP for the dual-rear camera, but with no mention of an optical stabilizer for the Galaxy A8 camera, images seem rather poorer in quality if compared to the Galaxy S8.

I figure both phones are equally good and I have tested both at a local shop for a brief 15 minutes each. Probably that’s not enough time to really test out the phones, but still, the feel I got sums up the fact that the Galaxy A8 is indeed a mid-range phone, and the Galaxy S8 is still far better, especially if you love taking photos like I do.

Samsung’s next TWS will be called Galaxy Buds Pro