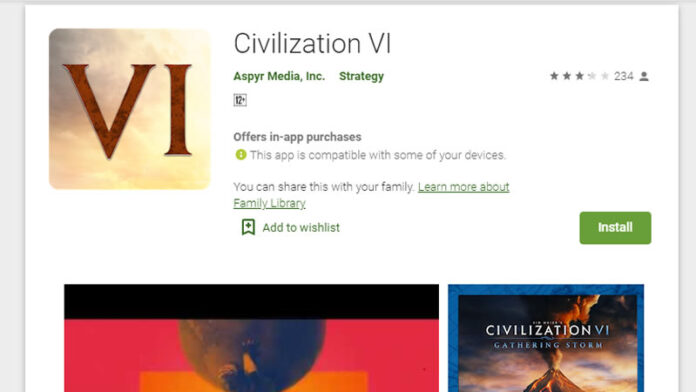 One of my favourite strategy games, Sid Meier’s Civilization VI (Civ6) is now available in the Google Play Store.

This means the game itself is available for download on all mobile Android devices.

If you have never heard of the game, well, it technically allows you to play God by founding a civilization which you then have to manage based on turns.

The popular turn-based game is by itself very addictive, and its availability on Android means that the game is now available on all platforms and operating system with it already being available on Windows, macOS, Linux, the PlayStation 4, Xbox One, Nintendo Switch, and iOS. 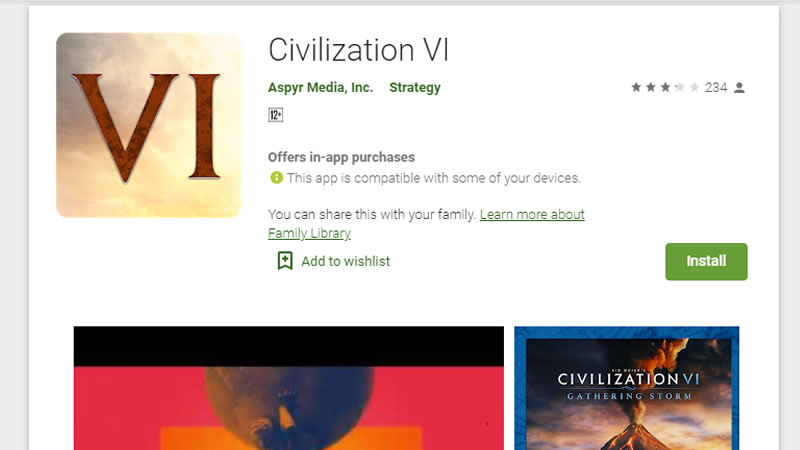 The game is free to play for 60-turns, but after that, be prepared to pay USD20 (RM83) to continue.It also offers in-app purchases that include the game’s two expansions, Rise and Fall and Gathering Storm.

These expansions aren’t cheap though, being sold from RM23 onwards.

If you are going to buy the Civilization IV like me, be ready to prepare 4.22GB of space because the game needs that much of space.