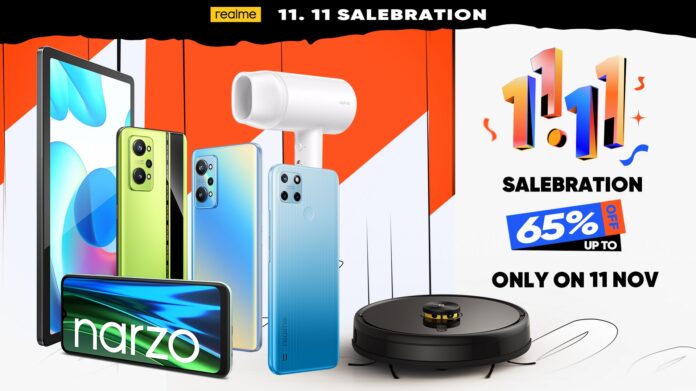 All four devices will be sold during the realme 11 .11 discount offers but there’s more.

The company has included more of its devices for the coming 11.11 sales which will happen on 11 November 2021.

The other deals are listed below are the realme TechLife Robot Vacuum, realme Hair Dryer, and realme Type-C SuperDart Game Cable.

That’s almost RM600 worth of savings.

realme Malaysia brings in realme C25Y and realme NARZO 50i