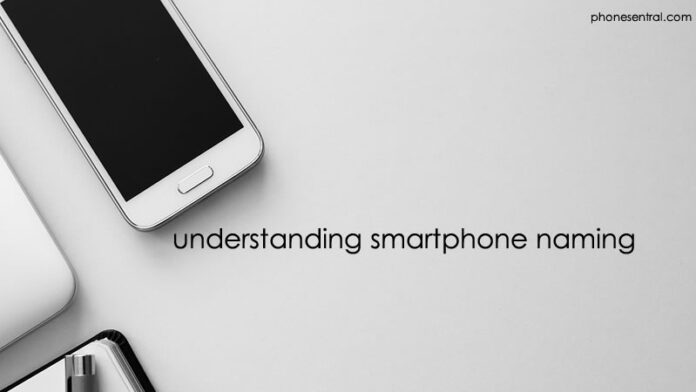 There’s hundreds if not thousands of smartphones released each year, and it has become harder in understanding smartphone naming by companies.

Companises like Samsung create a huge range of smartphone series with letters and numbers added to their line-up while others, like Apple, make things simple to understand.

This article is therefore aimed ad giving smartphone users an idea of how smartphones are named and which category they blend in to.

I believe this will help consumers and users understand which smartphone fits them, hence discouraging mistakes in buying a smartphone.

Before you proceed by understanding smartphone naming, the list here can be inaccurate as this list is made based on observation and details I’ve sourced from the internet, so do correct me if there is any mistakes.

That said, this post will be refreshed accordingly when newer updates are available.

How Apple names thier smartphone

Apple only releases one smartphone series a year and that makes things less complicated. Every series comes with its own variant which is clearly distinguishable by the features and sizes it has. For example, the Apple iPhone mini is small, while the iPhone Pro Max is the biggest and ture flagship of the model.

How HTC names their smartphones

HTC maybe a rather forgotten brand these days but they are still making smartphones. They have a very simple and strightforward naming way as you can see below.

How OPPO names their smartphones

How POCO names their smartphones

POCO used to be a sub-brand undr Xiaomi but was given independence to be it’s own brand in 2020. There’s four main series by POCO, the F series, M Series, X series and C series. It is understood that the series reflects the Android and MIUI update policy as follows.

How Samsung names their smartphones

Samsung has one of the biggest smartphone series options in the world and their naming can be confusing to many. However, if you look closely, there’s 5 alphabets used by Samsung and they are S, R, W, M and Y.  Here’s what the alphabets mean:

How vivo names thier smartphone

In general, vivo has four series, namely the NEX-series, X-series, V-series and Y-series. Here’s what I could gather on the four series which vivo offers.

How Xiaomi names their smartphone

Xiaomi used to have POCO, Redmi and Mi to their line-up but in 2020, the company decided to release POCO as an independent brand, while resturcturing its branding names to just Xiaomi and Redmi in 2021. Below I’ve noted what differs between the Xiaomi series and the Redmi series.