Chinese smartphone maker, Ulefone has finally released their latest flagship, the Ulefone T1. The Shenzen based company claims that this smartphone is the fastest in their collection to date as it powered by a 6GB RAM and an 8-core Mediatek P25 2.6GHz 16nm processor.

The phone comes in pure Android 7.0, which is something good because there would be less bloatware, though I am slightly concerned about updates to the Android itself.

For photo taking, a 13Mp + 5Mp Samsung rear camera, and a 13Mp front camera would definitely do wonders.

As a standard in most smartphone nowadays, the Ulefone T1 comes with a fingerprint scanner on the home screen, a 3.5mm audio jack, USB Type-C port and 3680mAh battery which supports quick charge.

I have to admit, the Ulefone T1 looks pretty nice, just like it’s twin, the Ulefone Gemini Pro which has lower specifications, but features a better camera.

The aluminium body makes the phone look strong, and the curves on each four sides bend nicely to look like the iPhone 7.

I personally dislike fingerprint scanners on the back, so when Ulefone decided to put the scanner just at the home button, I felt it was just right.

On the back, I find the line that crosses the dual camera lens and flash bringing up the image of the phone, which is so much better than most phones that leave it empty.

Speed is what makes this phone special according to Ulefone, and with 6GB of RAM, way above the average of 3GB provided by industry standards nowadays, it is justified.  A bigger amount of RAM allows users to multitask at will.  Top complement the 6GB of RAM, the 8-core MediaTek Helio P25 processor provides enough power to ensure there’s no lag in operations.

Chinese phone manufacturers usually claim to have features equal to their more established Korean or European brands, but most of the time, they do not feature equal quality.

Ulefone decided to ride on the power of these brands by featuring the Samsung dual lens for their rear camera. With 16Mp and 5Mp lenses on the rear camera, taking amazing photos would be possible, and this includes having the Bokeh effect in your photos.

For avid travelers, this is the perfect phone as it comes with Global Bands. The Ulefone T1 works on almost all major bands worldwide and this means you can experience the best of every network you choose to have.  FYI, if a band is not supported by particular phone, there is a tendency that you could still use the phone to call and surf the net, but the optimum speed of the network may not be reached.

There are no official agents Ulefone in Malaysia just yet, but you can get the phone directly from AliExpress.  During the pre-sales, the Ulefone T1 was priced at RM870 on AliExpress, but now, it will cost you about RM1,200, which to me, is still very cheap for a smartphone with such specifications.

It would not be hard to decide on Ulefone T1 as the phone has compacted quite a lot of power into a low priced smartphone, which is typical of Chinese tech manufacturers trying to go head on with the bigger brands.  The only question now is whether the Ulefone T1 Android version would be constantly updated as this is key is key to keeping the phone usable in the future. 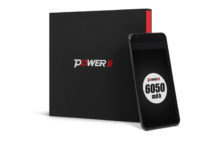 Ulefone Power 3 to be release just before Christmas 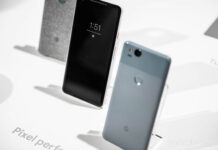 Thoughts: Google Pixel 2 and Pixel 2 XL announced – What I think 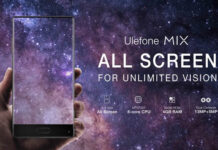 HTC U11+: The Google Pixel 2 alternative is arriving in Malaysia